As she’s done so often this season John Barnard’s Ryleigh’s Lilly overpowered her rivals in the late going as she went sailing past them in the stretch to win by two-lengths in 1:52.4 for driver Casey Leonard.

Confidently handled by her red-hot pilot the 5-year-old daughter of Western Hero was positioned in mid-pack while the lead changed hands several times through opening splits of 28.0, 55.4 & 1:24.2.

“It looked like there was going to plenty of speed to keep things honest up front and it certainly worked out that way tonight,” Leonard explained. “I didn’t want to go three-wide quite as early as I did but I wasn’t about to let those front horses get away from us.”

Zooming by her rivals in the lane, Ryleigh’s Lilly was on cruise control through the final sixteenth of a mile as she reported home with her 19th career victory. Just By Design (Dale Hiteman) shook loose late to rally for the place money while Rev Me Up (Brian Carpenter) was third. The overwhelming 2-5 favorite returned $2.80, $2.40 & $2.10 while hiking her career bankroll up to $173,968. 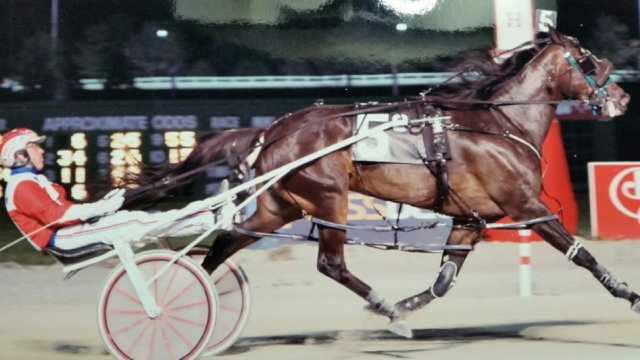